Nexus, nexus, nexus. It’s all that anyone talks about anymore. As you hopefully know by now, the South Dakota v Wayfair Supreme Court decision from 2018 changed the sales tax nexus landscape forever. However, as businesses continue to focus on economic nexus impact from that case, we should not forget that physical nexus still exists.

However, taxpayers won a rare (and possibly temporary) victory in Pennsylvania. This was through the Commonwealth Court of Pennsylvania, an appellate level court. They recently ruled that a business using that type of service does not have “minimum contacts” within the state to establish nexus.

Should this decision be appealed, a higher court could overturn this decision. Especially since other states have taken the opposite position. It’s not unreasonable to expect this decision to be overturned if it is appealed. But nobody truly knows what the future holds.

Both economic nexus and physical nexus remain at the forefront of not just sales tax, but the entire accounting industry. If you have a sales tax nexus problem, we are the solution!

Saving on An Audit 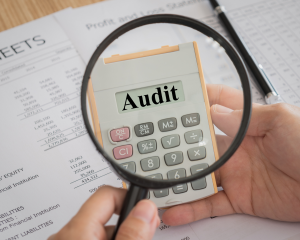 A construction business was audited by the New York State Department of Taxation & Finance and owed almost $100,000 in tax plus interest.

The business has a proven process to comply with all sales and use tax laws, and now spends more time and energy operating the day-to-day operations.